The Connection Between Authentic Photos And Social Media

The age old saying that an image speaks more than words holds true in our current visual-driven society. An image will attract and retain more audience attention for much longer than a plain chunk of text would. Here’s a quick read on amplifying your social media identity through the use of images. One of the most popular ways a brand can reach and persuade an audience is by making use of authentic photos for their social feeds.

What Makes An Authentic Photo?

Subtract the staged models posing with forced smiles. A moment that’s been captured at the perfect point in time is what makes up a large chunk of a photo’s authenticity. You can tell the difference between a staged and an authentic shot with this photo comparison below. Which setting looks more genuine?

Which would you be more likely to purchase a pair of shoes:

A majority of consumers would choose the latter because it’s straightforward – the store is selling the shoes, and is keeping things simple by choosing to focus on the product itself and not bells and whistles.

Use Photos That Communicate Trust

In every social media post that has a visual, an audience are 10x more likely to subconsciously focus on how genuine the image appears. That’s why user-generated images have a higher chance of producing better organic audience engagement. There’s a distinct lack of staged shots directed by a photographer under professionally placed lighting.

There’s no denying that social media is one of the most effective ways for brands to reach out to an audience. The rise of user generated content is also a contributing factor to the changes in how stock photos are perceived. However, not every brand can afford the time and cost to religiously generate authentic content, so stock photos are a good option. Just choose the ones that are more authentic for your brand! I hope you’ve been able to grasp the connection between authentic photos and social media. Whether you’re an established entrepreneur or just starting out in brand-building, committing to genuine, unstaged photos will help boost your brand’s validity. When you need to make quick, fast and easy edits, look for Pixlr X to get the job done. 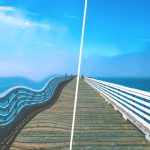 The A-Z Guide on The Liquify Tool in Pixlr X 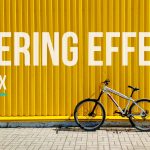 How To Layer Effects In Pixlr X

Edit Images With Pixlr And Monetize Your Creative Work

How to Create Covid-19 Awareness with Social Media Visuals