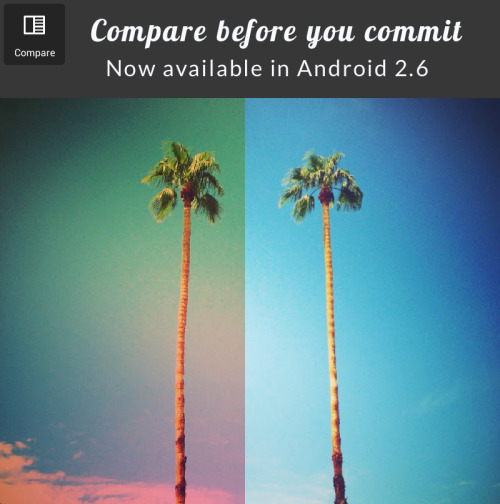 Pixlr for mobile keeps adding new updates with new features, and we recently updated our Android app to introduce another new feature: Compare. Don’t have the update yet? Go grab it now.
Compare: See the before and after before you commit
Have you ever been concentrating hard while in the process of editing a photo using an overlay or effect and wondered, “How different will this look once I’ve applied this effect?” Wonder no more. We’ve added a “Compare” button in the upper-left-hand of the screen that you can use to toggle back to your unedited photo. You can always “undo” an edit in Pixlr, and perhaps you have used that option in the past to try out effects and step backward. Now you don’t have to even get to Undo. Think of it as a pre-Undo button. 😉 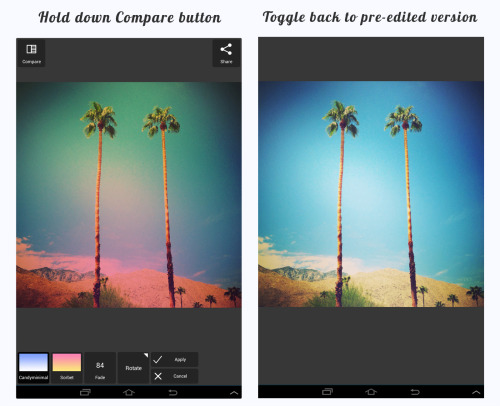 We made a few other important changes with this update… 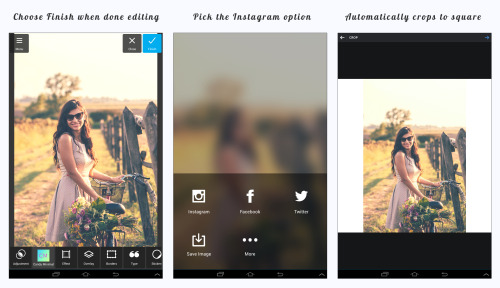 Instagram squares
We’ve had a lot of requests for you to be able to crop a photo to a square format and place a white background behind it. In essence, this is a request by Instagram users who sometimes want to share a very vertical or horizontal photo but they don’t want to lose any of the photo. Your wish is our command — at least for this new version of Android. (We’ll work on putting this functionality into a future iOS update, too.)
Double Exposure and Auto Contrast for all
Previously, these two features only showed up for Essentials and Pro users. We decided to broaden out these tools so that everyone can use them. One detail to know: Double Exposure is the same functionality that used to be called “Add an Image” way back when. Works the same way it always has, just with a different name. If you’ve never tried this out, give it a try. You’ll notice that you have blending options (Multiply, Overlay, Screen, etc.) that will help you make better double exposure images.
Less clicks to share
In a continuous effort to save you a few clicks, we’ve exposed a one-click share option in more places.
Healed thyself
We had a pernicious bug that caused the app to quit unexpectedly when using the Heal tool in some situations. That’s now fixed. Many thanks go out to those who reported this issue to us. Your reports helped us fix this bug — and a few others, too.