Just about everyone with an iPhone is excited about the iOS 7 release. It happens today, and we’ve been preparing for it for months. If you’re a Pixlr Express user with an iPhone or iPad, you’ll find a new update waiting for you. It’s a fully redesigned app with a gorgeous new interface. But it’s also got a few big features people have been asking us to add: the ability to create a collage directly from your phone and the ability to add an image. 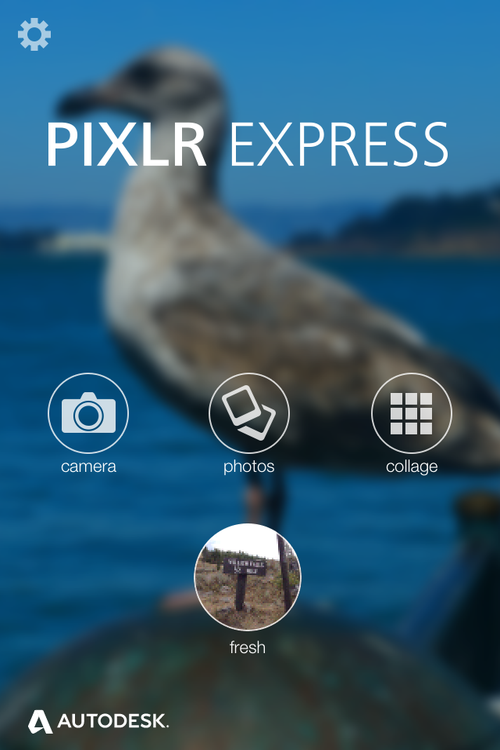 A brand-new splash screen
You’ll immediately notice a difference with this app. The home or splash screen that you see when you open up the app is nice and clean. And customized for you. The most recent image you edited and saved is now your background screen’s decoration — treated with a stylistic blur. Want to open or edit the most recent image saved to your phone’s camera roll? The “fresh” button will grab that image for quick editing.
A fully redesigned interface (and logo)
People have always been happy with the general design of the Pixlr Express interface, but it’s been sporting the same look for a long time. It was time for a redesign. Apple has moved everyone forward with iOS 7 by encouraging app makers to implement a whole new design language, and we’re fully on board with these kinds of changes. We’ve been working hard to give Pixlr Express a design refresh, but we haven’t changed the way our app works. You’ll find it works in much the same way, although a few details of the interface are different. The reset and favorite buttons (for saving your favorite effects) are now handily located in the upper-left corner by themselves, and the color splash feature now is simply (more minimally) called “splash.” The changes probably won’t be jarring. We expect people will welcome this fresh look.
Faster pack downloads
Pixlr Express comes with plenty of packs of effects, overlays, borders, type, and stickers by default, but there are a ton of extra ones to download if you want them. In the past, those downloads of individual sticker packs sometimes took a few seconds to get to your phone. Ugh. Too long. We worked on that. You’ll find these packs will now download lickety-split. Practically instantaneous. Just like you, we want apps to work quickly, without pesky interruptions. When you’re getting creative, the last thing you want to do is wait.
Add an image
You can now add an image to the current image you’re editing and control its location and opacity. This is a really creative tool for image-editing experts that will allow you to create things like double exposure images or add watermarks to your photos. But it’s probably most easily understood as a way to add your own custom stickers or make a different kind of collage. Just upload a second image and add it to the one you’re currently working on. Boom! Picture-on-picture action. 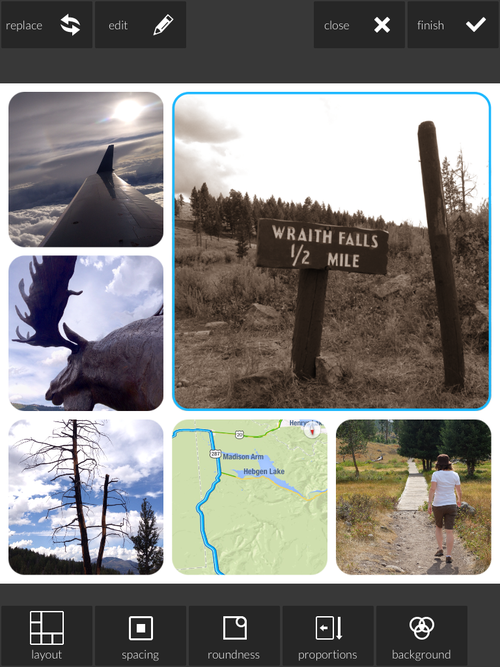 Collage!
The web version of Pixlr Express has long had a collage feature, and it’s always been hugely popular. Now you can do it all from your iOS device. Grab up to 25 images (25!) and make a collage out of them using a staggering amount of layout options. We’ve added fine-tuning controls for spacing, roundness of borders, proportion controls, and the ability to change the color of the background. Most important of all: It satisfies a request from our users that we know people will use to make really beautiful and creative collages.
Still supported for iOS 6. Still more to come.
If you’re not ready to update to iOS 7… don’t worry. The app will work just fine with iOS 6 and will be ready when you’re ready to upgrade. Have an Android phone? Don’t fret. The much-requested collage feature is planned for Android, too.