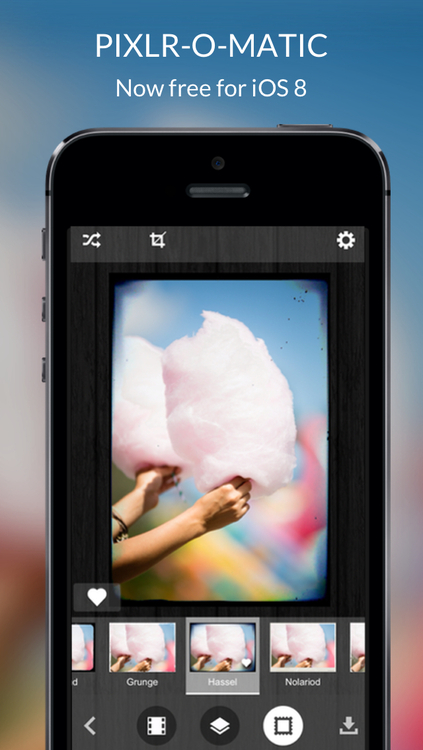 Apple released iOS 8 last week, which means every app maker worth their salt has been busy updating their iOS apps to be as friendly as possible with the new mobile operating system. The main detail? New resolution sizes. As iPhones become available in more sizes, the apps that run on them need to look as good as the beautiful phones.
If you’re a Pixlr Express user, you will find that Pixlr Express 2.3 is now available. This new version doesn’t contain any new features (just yet), but it’s ready to be updated when you’re ready for it.
The real big news: Pixlr-o-matic gets a huge makeover. Pixlr-o-matic was the first mobile app we built, and it’s been chugging along reliably for over 3 years. Since then, iOS development has changed a lot, and we felt it was time to give Pixlr-o-matic a new look and feel. You’ll find a more modern look, but the functionality is still the same. We’ve really only changed one thing about the app — it’s now free for everyone.
Previously, you could unlock the greater list of effects packs in a Pixlr-o-matic PLUS version for 99 cents, but now it’s all free. If you’ve never used Pixlr-o-matic before, download Pixlr-o-matic 2.3 and give it a spin. We’ll go ahead and suggest you start with its most popular feature: the randomizer. It’s a one-button effects roulette that lets you try out effects, overlays, and borders in a rapid-fire way.