We’re always (always!) on the lookout for photos edited with Pixlr apps across all platforms, but we have a special place in our heart for our Pixlr on Flickr group members. These people consistently share amazing work, and from time to time we like to toss a few questions their way to find out more about them. Today, we have JeffC.42. He shares some excellent street art on his Flickr photostream, and we wanted to know just where and how he uncovers such interesting people and images. 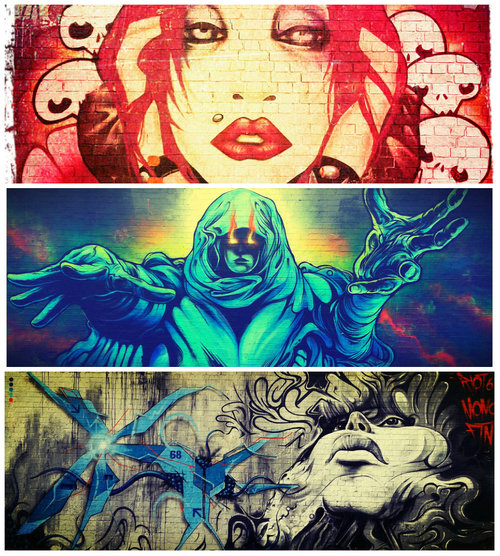 Pixlr: Tell us a little about yourself. Where do you live? If we met you on the street, what kind of person would we see?
Jeff: I’m a retired school teacher, and I live in the village of Thurnby, which is approximately five miles east of Leicester, in a part of England called East Midlands. I’m slim, of average height, with no particular stand-out features on the street. What people would often see, however, is a camera or a smartphone in my hand. 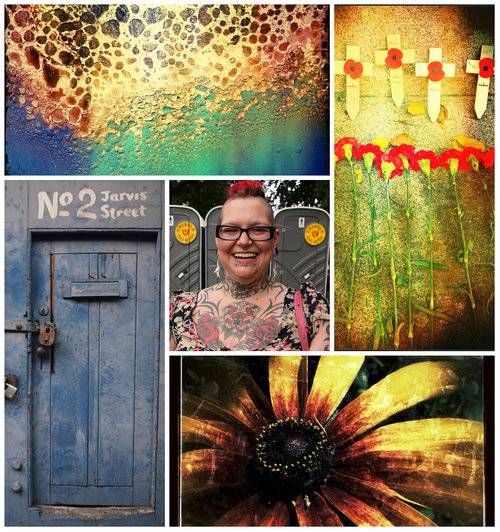 Pixlr: What’s your story with photography? Amateur? Artist? Do you use a phone or a digital camera? Or both?
Jeff: I’ve been an amateur photographer for over 40 years now! For a large part of this time my work was 100% monochrome using film in analogue cameras. I processed my own film and printed my photographs in a darkroom at home. After resisting the lure of digital photography for quite a while, I finally relented and took the plunge about five years ago. I really enjoy the immediacy of the digital process. Last year, I bought my first smartphone and am really enjoying using photo apps in tinkering about with my photographs. I’m still putting some film through analogue cameras. I would put my ratio of film to digital camera to smartphone usage to be in the ratio of approximately 10%:50%:40% 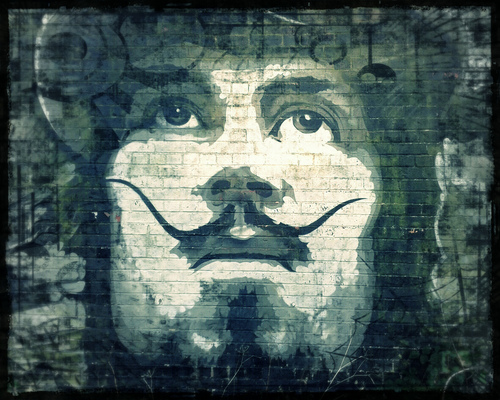 Pixlr: We see a number of beautiful murals and graffiti in your collection of Flickr photos. Are all of those taken in your home town or a nearby city?
Jeff: The recording of graffiti and murals is a part of my street photography, and although quite a lot of it is trashy, there is a great deal of work which can really be classified as street art. Most of the graffiti shots were taken not too far from home, but my street photography is far reaching. I’m happy to photograph anywhere I find something interesting and appealing.

Pixlr: We particularly like all of the costumed people in your photos. Some of the people seem kind of absurd and make you wonder why they’re dressed up the way they are. Do you wander about taking photos looking for serendipitous moments like these, or do you hit specific events?
A number of my shots are serendipitous, although I target local events which I think will provide pleasing shots. In Leicester, we have the Pride event, the Caribbean Carnival, and the Race for Life event supporting breast cancer, amongst others which provide a rich harvest of shots. 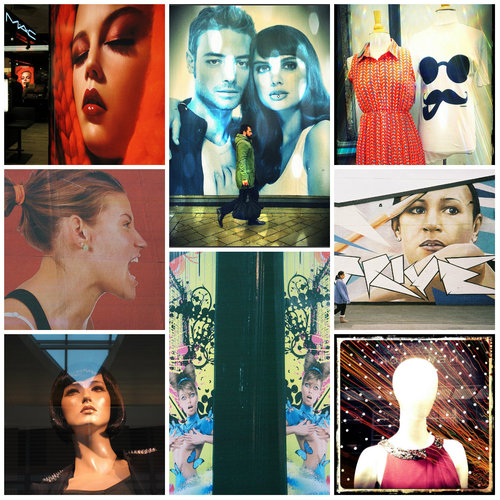 Jeff: What kind of apps do you use? Do you do a lot of editing of your photos, or do you prefer them to be closer to the original?
Since buying my smartphone, I have tried a fair number of photo apps, and I have finally whittled it down to Pixlr-o-Matic, Pixlr Express, PhotoEditor, Fotor, BeFunky, and Snapseed. I would say 90% of the time I use Pixlr-o-Matic or Pixlr Express. I usually begin with the former and only use the latter when I want a greater control over the final image. My analogue and digital camera photos (apart from cropping) appear as taken.

Pixlr: Any product requests or feedback for our dev team? What do we do right and what could we do better?
Jeff: I love the simplicity of Pixlr-o-Matic, and I particularly like how you can stack the effect/overlay/border choices and then just download once. I would like to be able to do this with Pixlr Express rather than having to download effects packs individually. In order to use an app to its full potential I think the user needs to know each section really well, and I feel that the vast number of options in Pixlr Express really is a case of overkill. I’m quite happy to use the default sections for almost 100% of my work.
If you like Jeff’s work, follow him on Flickr. He always has something interesting to share — especially those gorgeous murals. Thanks, Jeff!

16 (+3) Graphic Design Tools Worth Checking Out 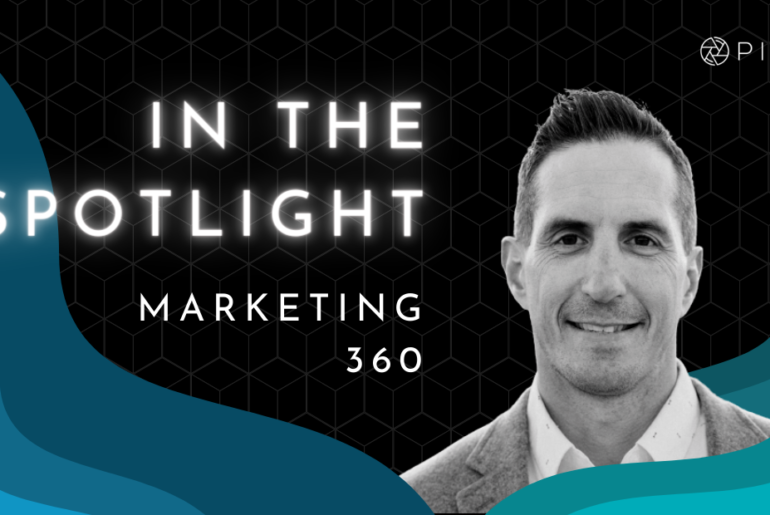 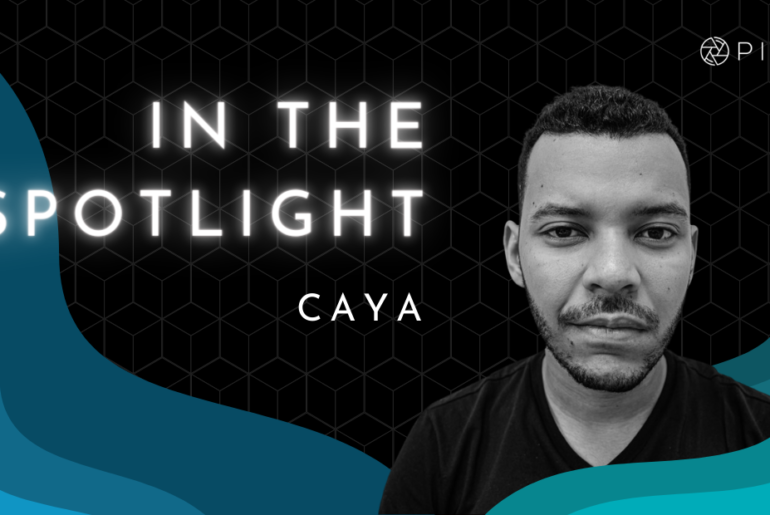 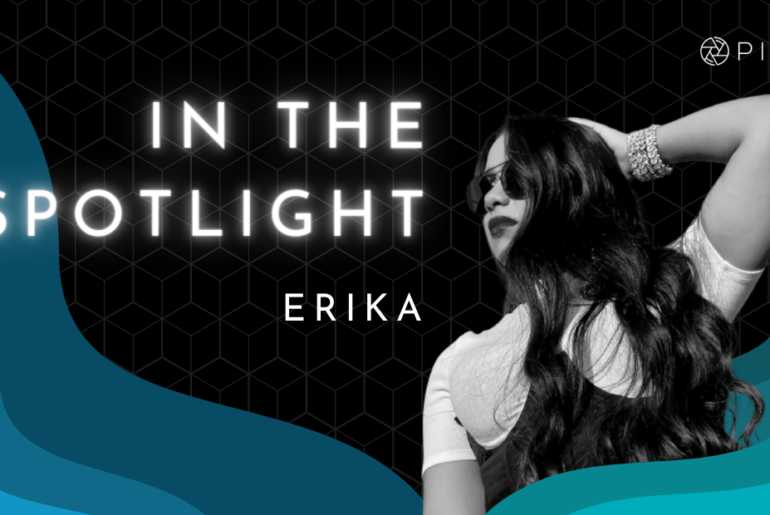